Candlestick charts are available across pretty much all trading platforms and all markets. Taking some time to properly learn how to analyse candlestick chart patterns will allow beginner traders to identify trades and the risk reward ratio for day trading before they make any trades.

What is a Candlestick Chart? Definition & Explanation

It’s important for a day trader to know how to read candlestick charts. This is the foundation to understanding price movement, which will in turn help ensure low risk day trading when you finally enter the market. Candlesticks are a tool that will help a trader perform technical analysis. This analysis will tell the trader when to buy and when to sell.

Candlestick charts are popular because they provide a detailed overview of information in a simple graphic. 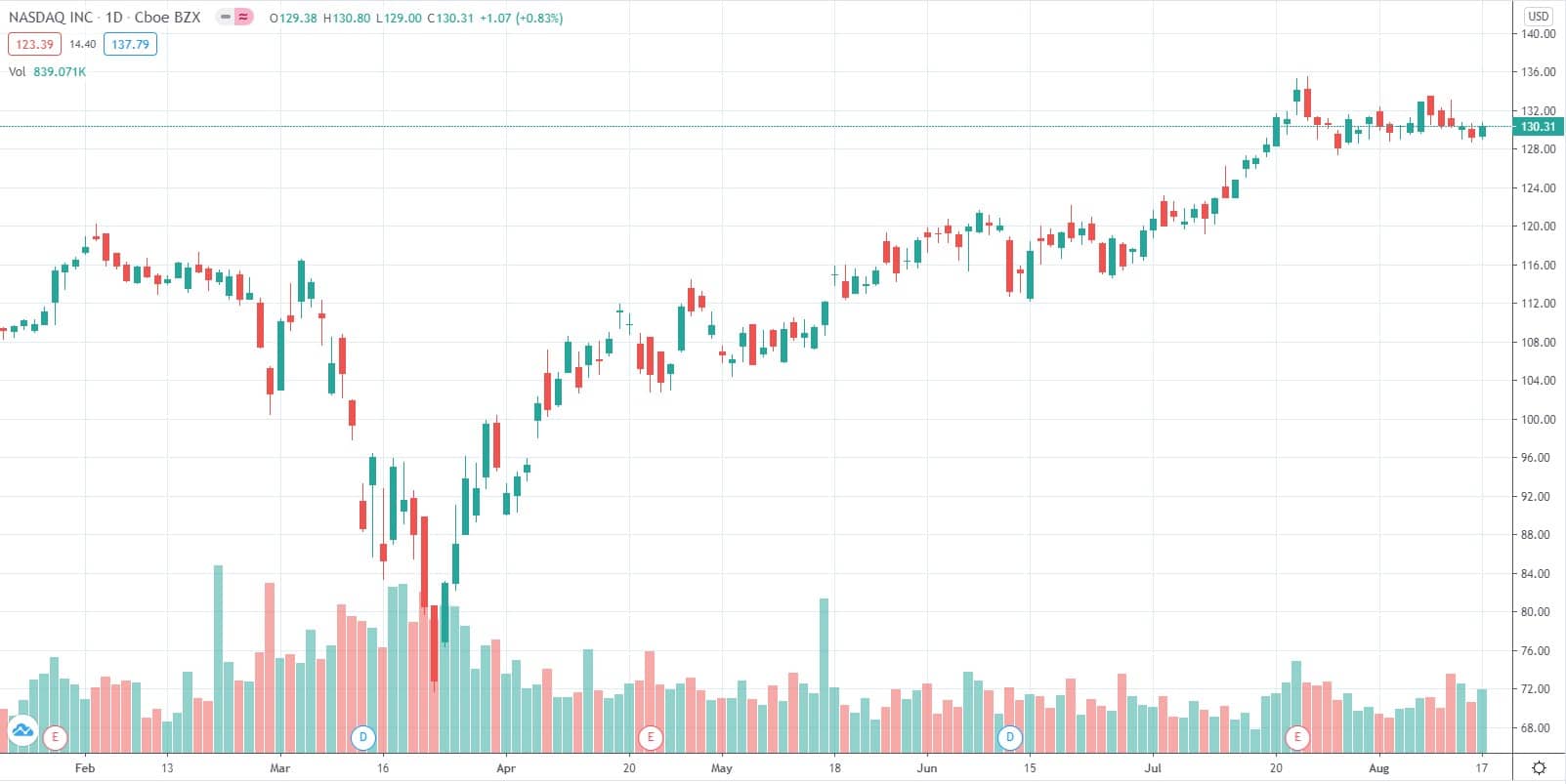 The book “Japanese Candlestick Charting Techniques” introduced candlestick charts to a broader audience. These charts are now used across the world and across many types of markets.

Candlestick charts depict price movement over varied periods of time. A trader can set a candle to represent anywhere from 1 minute to broader timeframes like 1 month.

Candlesticks get their name from looking like, well… a candlestick.

Candlesticks have 3 main parts, a body, an upper wick, and a lower wick. Some traders refer to the wicks as shadows.

These candlesticks can be either green or red, the colour will depend on whether price went up, or down. A green candle is “bullish” and a red candle is “bearish”.

There are 4 attributes for price over a period of time and each candle will display all of these elements.

The body of the candle represents the distance between the open price and the close price. The upper and lower wicks show the highs and lows for that candle. 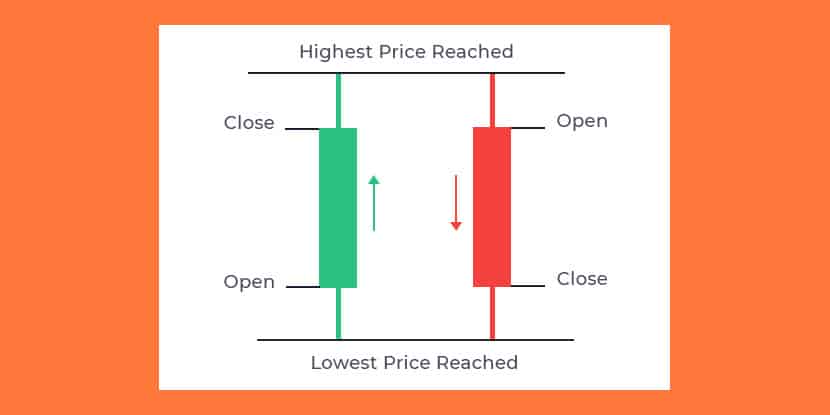 Each type of candlestick offers different insights that can be recognised by analysing its distinct features. Here are 5 of the most common candlesticks every beginner day trader should learn to read before they develop a day trading strategy.

A Doji candlestick forms when the open price and close price are close together. This gives the candlestick little or no real body.

A Doji candlestick signifies indecision and tends to proceed a reversal. This is neither bullish or bearish by itself, the direction of the reversal depends on the preceding candlestick.

For example, if the previous candle is bullish then there may be a reversal to the downside. For the sell signal to occur the following candlestick needs to close below the body of the Doji.

Hammer and inverted hammer candlesticks have a small body and one wick longer than the other. The body of the candlestick is the hammers head and the longer wick is the handle.

Both suggest a likely bullish reversal. Hammers and Inverted Hammer’s will form at the end of a downtrend showing a weakening of sellers. Price has created a new low at the bottom of the wick and the buyers have pushed price back above the open.

For a Hammer/Inverted Hammer to be true its handle must be at least twice the size of the body of the candlestick body.

The following candle will need to close above the low or the body of the preceding hammer to be a buy.

Hanging Man and Shooting Star candlesticks are similar to Hammer candles but indicate a bearish reversal.

Both suggest a likely bearish reversal pattern. Hanging Man and Shooting Star will form at the end of an uptrend showing a weakening of buyers. Price has created a new high at the top of the wick and the sellers have pushed price back below the open.

For a Hanging Man and Shooting Star to be true it’s wick must be at least twice the size of the body of the candlestick body.

The following candle will need to close below the high or the body of the preceding hammer to be a sell. 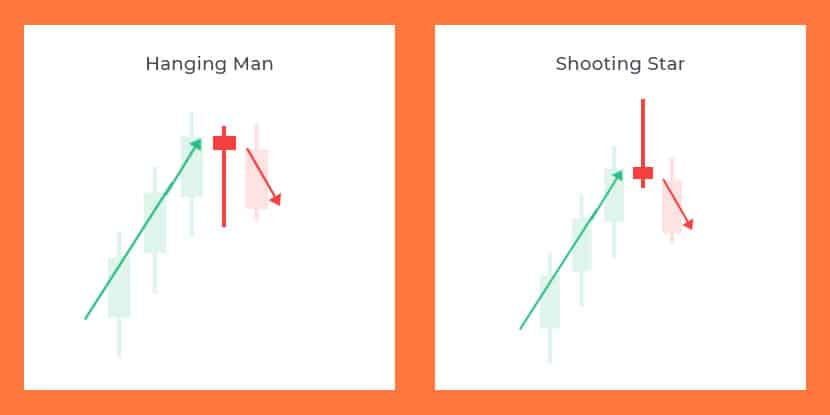 A Dragonfly Doji is a candlestick that resembles a dragonfly, meaning it has a short body and a long lower wick. This type of candlestick can indicate a potential reversal either up or down.

The long tail forms as sell-offs push price down followed by a strong pushback from the buyers.

In both cases, the candle following the Dragonfly Doji needs to confirm the direction.

A Gravestone Doji is the inverse of a Dragonfly Doji. The Gravestone Doji has a short body and a long upper wick. This indicates that buyers were able to push price up. The sellers were then able to consolidate and close the candle out close to the opening price.

In both cases, the candle following the Gravestone Doji needs to confirm the direction. 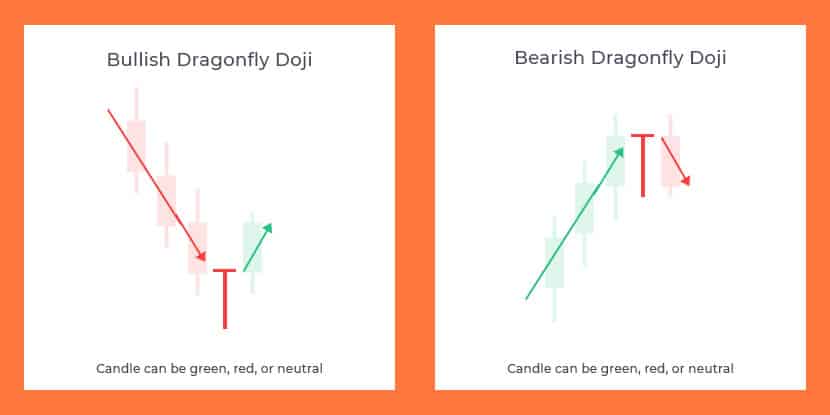 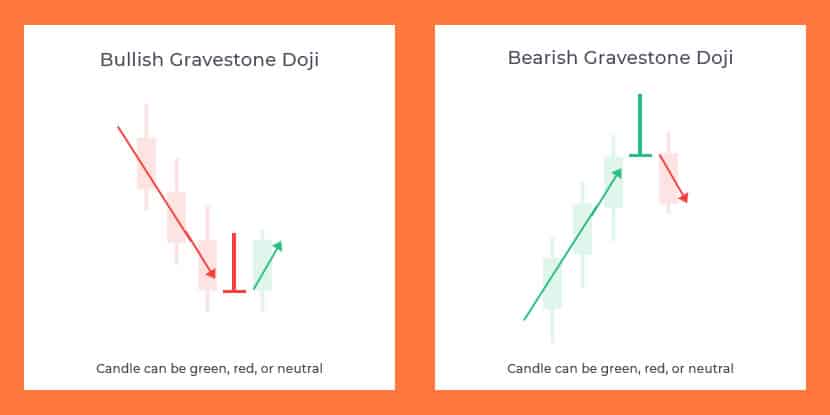 A spinning top candle is a little like the combination of both a Dragonfly and Gravestone Doji. This candle has a short body with a long upper wick and a long lower wick of roughly the same size.

This type of candle indicates that there is indecision between traders, neither buyers or sellers were able to dominate the entirety of the candle. Indecision like this can suggest potential sideways movement to follow. 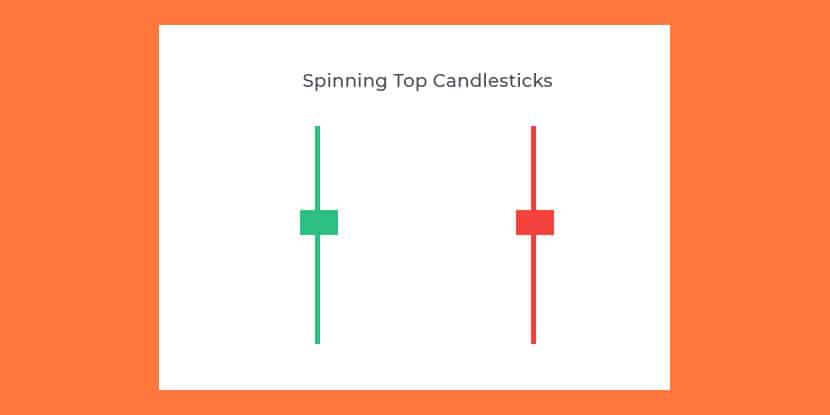 The bullish variants are a potential reversal on downtrends, and continuation on uptrends. The opposite is true for bearish engulfing candlesticks. 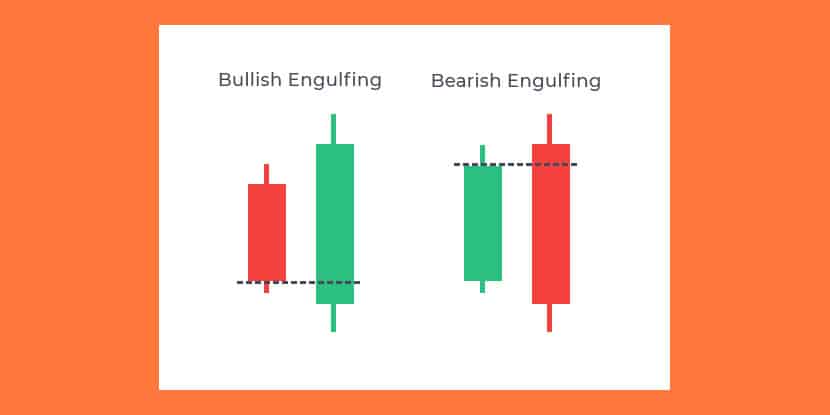 The word Harami is derived from the Japanese word ‘pregnant’, the pattern looks similar to a pregnant woman. The pattern begins with a larger (pregnant) candle followed by a smaller one (child). You’ll notice that a Harami pattern looks similar to an Engulfing candlestick pattern, the difference is that the larger candle comes first. In contrast, an Engulfing pattern has a smaller candle followed by a larger one.

The second candle in this pattern will gap up and be completely contained within the prior candle.

A Harami candlestick pattern is an indication that the current trend is slowing and there is a potential reversal about to form. This comes from a gapping in the reversed direction. 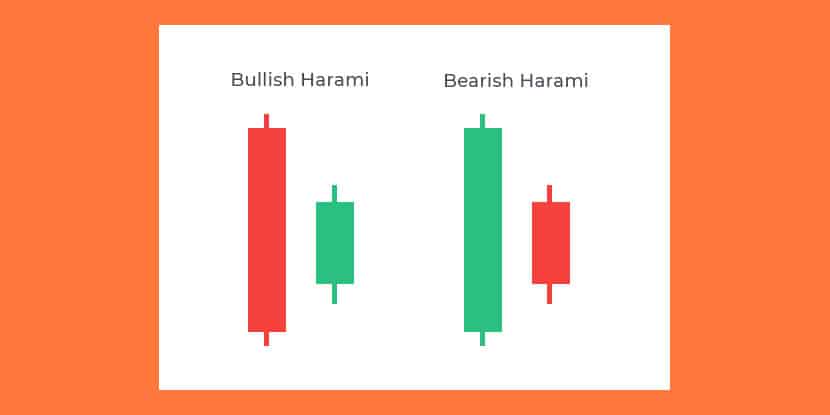 How To Analyse Candlestick Chart Patterns

As mentioned earlier, candlesticks provide the information for traders to base their decisions on. It’s also important to understand the context of each candle.

Examples of 2 candle patterns are Engulfing candles, and Harami candles. Some 3 candle patterns include 3 white soldiers and 3 black crows. There are many trading patterns that contain a larger number of candles, some examples would be ascending channel, falling wedge, ABC patterns and so on.

The best way to analyse candlestick charts (once you’ve learned some) is with a trading platform. A trading platform will allow a trader to markup a chart with drawing tools and indicators that help find these patterns.

The first step to trading is learning these patterns and practise identifying them using a trading platform. It’s best to do your practising on a simulated “paper trading” account where you aren’t risking real money.

By now you should have a basic understanding of how to read candlestick charts. To learn more about candlestick charts you can join us for our next Free Trading Class and receive a complimentary eBook for trading beginners!

Register for your free web class 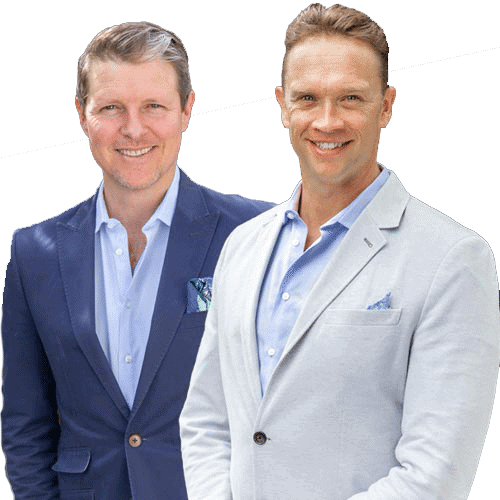